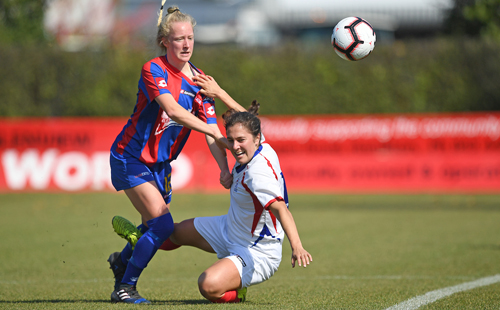 Capital Football came from behind to defeat Loaded WaiBOP in injury time in Saturday's National Women’s League snatching the team's first potential reward of the season cruelly away.

Capital were under huge pressure at Petone Memorial Park when WaiBOP took the lead thanks to a goal from New Zealand U-17 representative Kelli Brown in the 39th minute.

It was a lead that WaiBOP held for most of the game before the home team scored twice in the final four minutes to snatch an unlikely win.

Charlotte Wilford-Carroll got the home team back on level terms in the 89th minute before forward Sarah Gregorius scored in the third minute of injury time to secure a vital three points.

In injury time, Capital attacked down the right flank and the cross was not well dealt with by the WaiBOP defence. Gregorius, the inspirational skipper who came off the bench, was on hand to find the back of the net in a goalmouth scramble.

It was a cruel blow for WaiBOP who had competed well, but ultimately came up short as Capital celebrated a much-needed win.

“We are obviously happy to take three points away from the game,” said Capital coach, Emma Evans. “In the first 10 minutes we were really dominant and managed to keep possession well. As the first half went on, it seemed like we tried to force play too much, and it got us into a bit of trouble.

“We managed to lift our intensity again and in the final few moments of the game managed to put away a couple of opportunities. I couldn’t be more pleased with the final 10 minutes, but disappointed that it took us that long to take the lead in the match.”

Max Tommy, the WaiBOP Goalkeeping Coach, said it was a disappointing final result but his team would take a lot from the match.

“It was a tough finish and the girls did feel it,” he said. “But in the end this is a massive step forward for us from the results we have been getting previously in the season.”