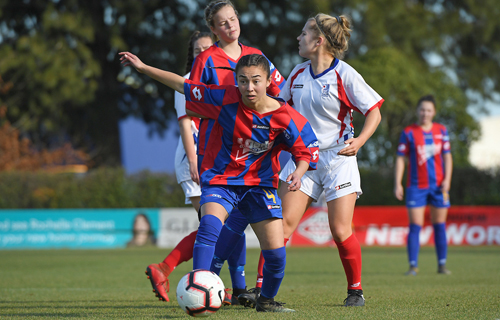 New Zealand Football highlighted Match Week Eight as an opportunity to celebrate the history and legacy of the National Leagues in the Heritage Week, and it was the older and seasoned campaigners who continued to set the standard in the premier women’s football competition.

Frontrunners Canterbury United Pride, who suffered their first loss of the season last week against defending champions Auckland, were once again superbly led by their skipper Annalie Longo in a 3-1 victory over WaiBOP in Hamilton.

Longo, who made her debut in the National Women’s League as a 14-year-old, opened the scoring for the form team of the competition in the 12th minute.

But Canterbury had the better of the proceedings after the break and did everything but score until Longo set up Cody Taylor to score in the 82nd minute to put the game to bed.

The Pride remain at the top of the table on 21 points, four points clear of the Northern Lights and seven ahead of Auckland who have a game in hand.